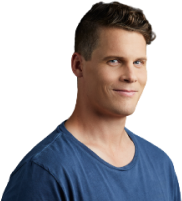 I love mistakes. So much so, that I've recently renamed my blog to "Making New Mistakes" as I start on my new startup adventure.

Making mistakes has been the primary driver of my learning curve. It's through trial & error that I've figured things out, developed as an individual and refined my entrepreneurial skills.

In this week's Startup Edition, the question is "What mistakes have you made?". Instead of chronicling all of the mistakes that I've made over the years (there are tons), I want to tell you about the two worst kind of mistakes that you can make (in life and business):

1) The Mistakes You Don't Learn From

Cringe. I'm not generally scared, but these kinds of mistakes scare the heck out of me.

IMO the only value of making a mistake is the fact that you have the opportunity to learn from them. So if you haven't learnt something (or anything) from a mistake, then you've just made another mistake. And that has no value.

2) The Mistakes You Make Twice

Linked to not learning from mistakes, I would hate to make the same mistake twice. The old expression goes: Only a fool does the exact same thing twice whilst expecting a different result..

A couple of months ago (when I first started entertaining the idea of working on a new startup), I compiled a list that I titled "Mistake I Made & Won't Repeat". This exercise was meant to be reflective of my journey thus far, but with the aim of ensuring that I'm learning.

Here's a few of the things that I included on that list:

That last one is particularly interesting... About 3 years ago I had the startup itch and I decided to explore a few ideas that I had in a side-project (Radiiate) whilst I was working full-time on WooThemes. I hired two team members, who did great work, but ultimately I didn't have the mental energy to be directing and we failed spectacularly.

That mistake cost me almost $100k.

Perception of mistakes is what matters (glass half-full vs. half-empty). Mistakes are unavoidable but those that extract value from them, learn and become better people because of it.

And if you regard and implement making mistakes in that way into your life, you can give yourself real impetus to accelerate your development.

So here's my question to you: What role do mistakes play in your life?

(Read more about other founders, entrepreneurs & hackers insights on making mistakes in this week's Startup Edition.)

PS. Join me over at PublicBeta, where I'm attempting to learn from the mistakes and experiences of other highly successful entrepreneurs.